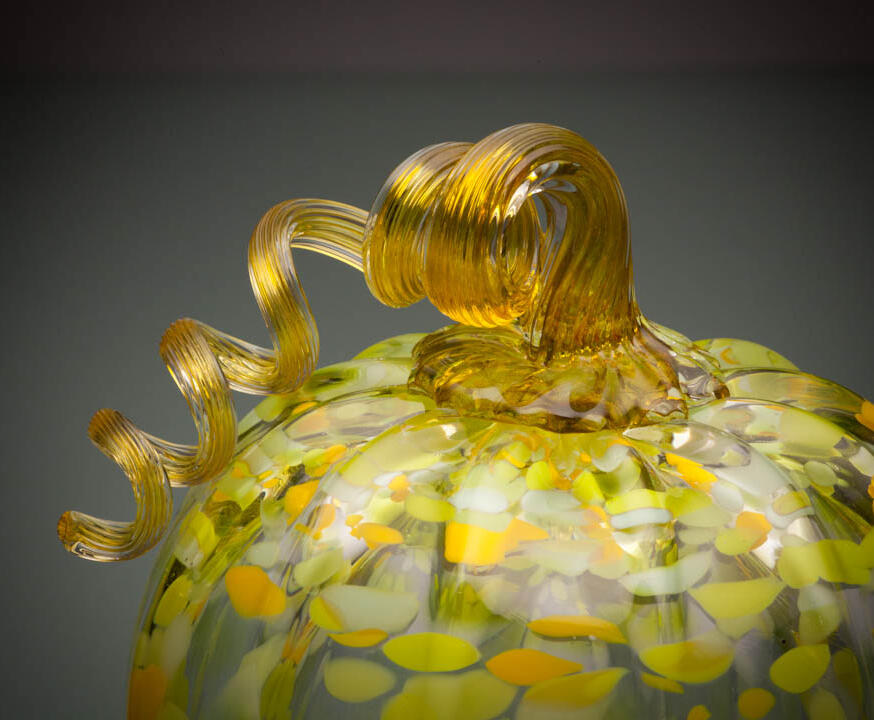 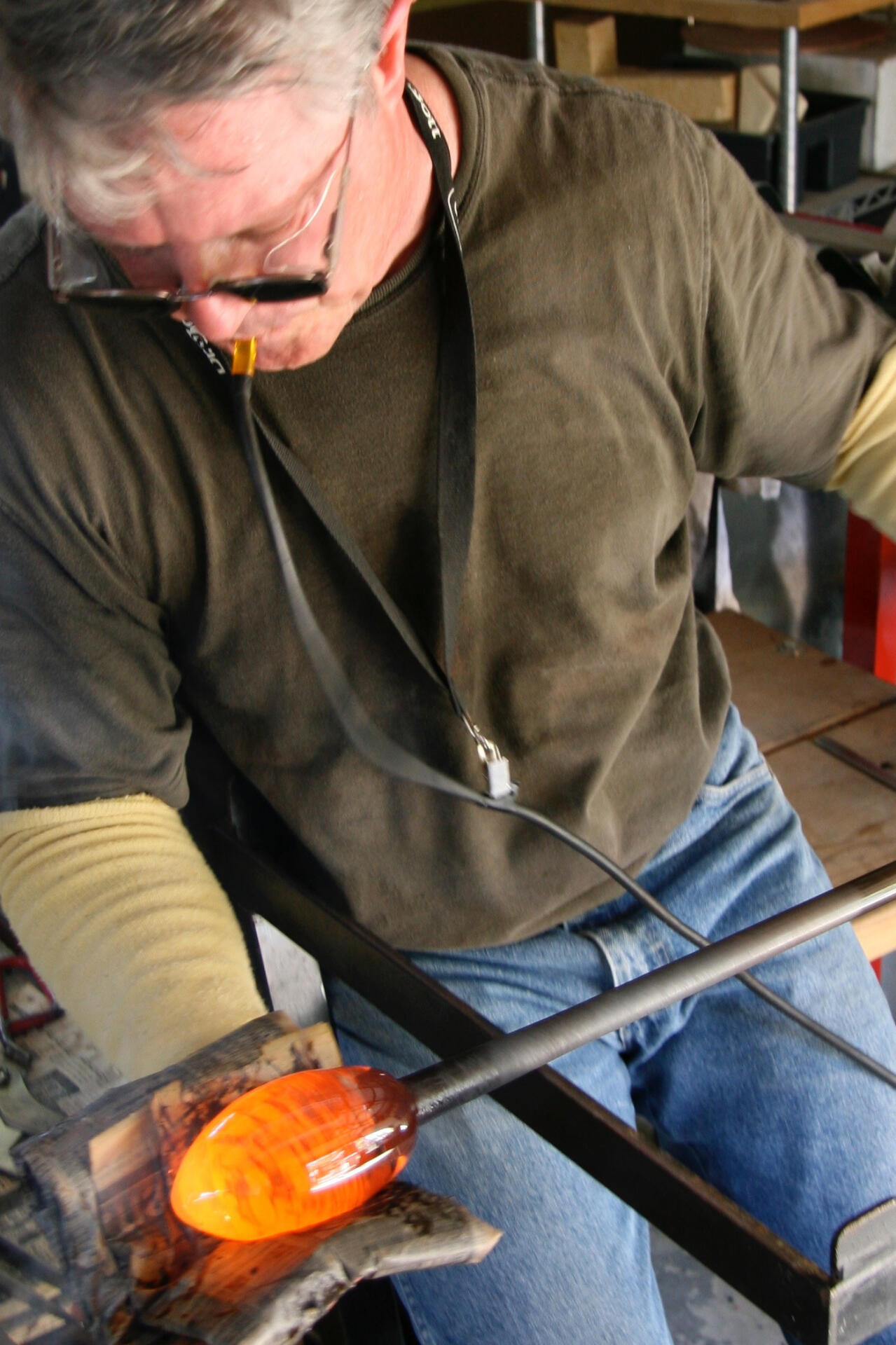 ABOUT
"The process of transforming hot molten glass from the furnace to the beautiful and seductive finished form seems like a lifelong journey condensed into minutes rather than years and just as quickly it brings with it the frustration of failure and the exhilaration of success. I truly love the call to the challenge, the unexplored paths of beauty, and the chair in the garden at the end of the day."
Ed Breed

Mesmerized by the roar of the glory hole and the challenge of sculpting molten glass, Ed has pursued his passion for glass and light studying with T.C. Roberts on Whidby Island, WA., coursework in kiln-formed glass at the Bullseye Glass Factory in Portland, Oregon, and specific training in blowing at Red Deer College in Canada. He was chosen to assist at R. Strong Glass in Berkeley, has studied at San Francisco State University with Elin Christopherson, at Public Glass with Johnathon Schmuck in the Australian roll-up technique, cane work, and cold working, at Bay Area Glass Institute with Treg Silkwood and workshops at Corning Museum of Glass. Ed was recently a part-time instructor at the University of Oregon Craft Center glass studio.

After receiving a BFA in lighting design from the University of Southern California, Ed began work on the Hollywood sound stages and TV studios then accepted a position as a lighting and production assistant with Shipstads and Johnson Ice Follies. He went on to work for George Lucas at Industrial Light and Magic on the Star Wars and Indiana Jones series of films as well as many others. With his own company, The Costume Factory, he honed his three-dimensional art and presentation skills designing and building complex corporate performing advertising characters, including Kool-Aid Man, Pillsbury Doughboy, Michelin Man, Jelly Belly, and many Disney parade characters.